Back to Your Resume Sucks! Page

A young man enters a contemporary office and approaches the secretary. He tells her, “I have a 9:30 appointment to see the owner of the company. I’m here to go over my resume with him.”

She looks at the young man and smiles. “Well, I guess you’re ready to open a few new doors in your life. He’s been a mentor to a lot of young people in the past who now have very successful careers.”

The young man smiles, takes a seat and looks around the well-appointed waiting room. He’s impressed by the obviously expensive art hanging on the walls as well as numerous awards. His Dad’s friend is the owner of this business and the young man knows that his Dad pulled a big favor getting him an appointment. Several groups of people pass through the waiting room. Some are dressed in suits while others are dressed in jeans and brightly-colored shirts.
The young man muses, “I wonder if my name will ever be hanging on the outside of a place like this.” He shakes his head. “Not if I can’t even get an interview it won’t.”

The secretary ushers the young man into a large office and an athletic man in his late 40’s greets him with a warm smile and an outstretched hand. “How are you doing? Your Dad said you could use a few pointers on getting your next job.”

The young man takes a seat and replies with a degree of frustration. “I’ve sent out at least 20 resumes in the last four months and not one person has called me. What’s wrong with people? I mean…that seems so rude.”
The executive suppresses a laugh and says, “Well let me take a look at your resume and see if we can figure out what’s going on.”

The executive studies the resume for what seems half a second and says, “The first problem is obvious. Whoever is looking at your resume has no idea what you do or what you want to do. You need to put a job title at the top of your resume.”

The young man questions, “But how should I know what title to put? Shouldn’t the person who’s hiring decide what job I should have?”

“What if I’ve never done the job that I want, but it’s my next step?” asks the young man.
“Your resume needs to support the job title at the top, whether you’ve actually done the job or not.” The boss states bluntly.

A glimmer of understanding sweeps over the young man’s face. “Well how would I know what to put for a job title?”
The executive replies, “Research. Call the recruiter, get online, or talk to someone who works at that company and find out exactly what positions they’re hiring. Pick one that suits you and your experience and put that title boldly at the top of your resume. In fact, the job title and your telephone number are even more important than your name. Companies are seldom looking to hire a Sharon or a Richard. They’re looking for an accountant or salesman.”

The young man looks confused. “I thought that my name and stating my objective were the most important things to have at the top of the resume.” He thinks to himself, “At least that’s what that one career coach told me.”

The boss shakes his head. “Maybe it would be less confusing if you think of a resume in parts and for our analogy we’ll call the different parts keys. I like to divide a resume into three main keys: Header, Experience, and Supporting Evidence. The First Key of your resume is the Header. The Header Key needs to fit the lock that opens the door to you getting an interview. The header should state the job title (the job you want), your name, phone numbers, a personal website if you have one, and an e-mail address. And since your resume will no doubt be e-mailed during your job search, keep in mind that the top third of your resume is what people will likely see on their computer monitors (*4 Research supporting this is in Appendix 1). It needs to be clear, concise and compelling enough to get people to scroll down.”

…Continued in Your Resume Sucks.

Back to Your Resume Sucks! Page

What Others Have to Say 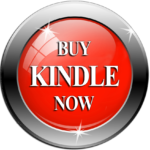 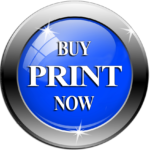