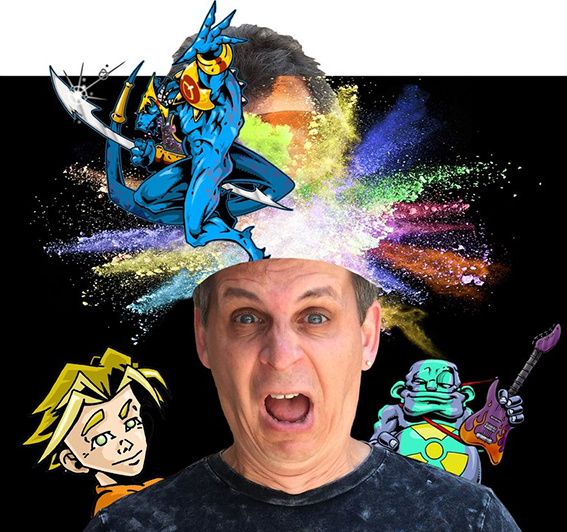 Mark Simon has worked in the entertainment industry for 30 years and
has been a professional artist for over 40 years.

He was also bullied in high school. That’s the subject of his memoir, Attacked! After brutal attacks on his entire family, he became the first person in the country to hold parents responsible for the actions of their kids in a court of law.

Mark is the author of numerous entertainment and art texts as well as his business success book, Start at the Top.

His book Storyboards: Motion In Art, 3rd Edition, is used around the world to train storyboard artists.

Facial Expressions is his best-selling photo reference guide for artists of all disciplines.

He now owns Storyboards & Animatics, Inc., based in Atlanta, a company which provides storyboards, illustrations, cartoons and comic book illustration to the entertainment industry. They are the largest storyboard supplier in the Southern United States having worked on over 5,000 productions, ranging from feature films to television series, live-action, animation, commercials and more. Mark has been a story artist on Stranger Things, The Walking Dead, Council of Dads, Black Lightning, Dynasty, Woody Woodpecker, Disney, Universal, Viacom, Sony, HBO, Nickelodeon, Steven Spielberg, Fox, USA Networks, ABC, NBC and many, many others.

Mark is the animation producer on the feature films How High 2, Little Rascals Save The Day and Tooth Fairy 2.

Mark also co-founded www.SellYourTvConceptNow.com with his producer wife, Jeanne. They help people to develop, package and pitch their TV concepts based on their selling dozens of concepts and Jeanne having developed a network for Ted Turner.

Mark has won over 200 international awards for projects he’s written and directed.

Prior to storyboarding and producing, he was an art director in live-action film and TV in Los Angeles, CA and Orlando, FL. While in Los Angeles, he designed many feature films, music videos and commercials. He then became the second art director at the new Nickelodeon Studios in Orlando, FL in 1989.
Mark has also Second Unit directed for Nickelodeon and on Steven Speilberg’s seaQuest DSV as well as working as a Special Effects Supervisor for NBC and Fox networks. 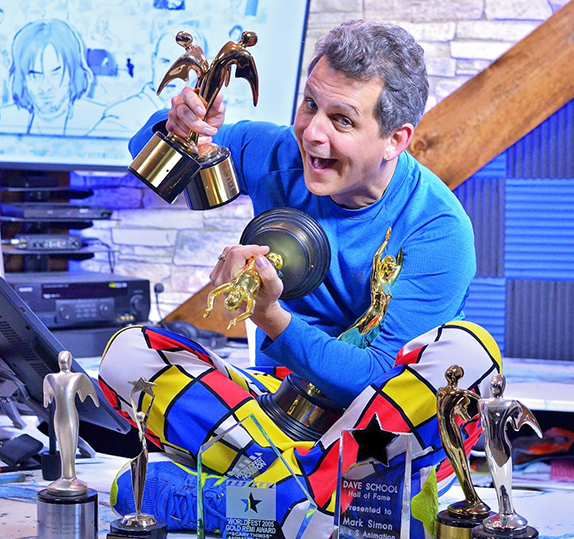 He is a second degree black belt and two-time national champion in Tae Kwon Do.

Mark currently storyboards on Stranger Things, Black Lightning and The Walking Dead and lectures around the world at major conferences, conventions and schools.

Mark was inducted into the Digital Animation & Visual Effects School Hall of Fame in 2013. He’s been on the board of advisors at a number of universities, sits on the Orlando Filmbook Advisory Committee and is a member of the National Cartoonist Society, Authors Guild, and Women In Animation.

He lectures around the world at major conferences, conventions, entertainment trade schools and universities, and is a second degree black belt and two-time national champion in Tae Kwon Do.

“All of my entertainment industry careers have revolved around strong story and character. Between cartooning, design, storyboard, directing and producing, it’s all about telling a good story.”

The best storyboard artists, cartoonists, comic book artists and concept artists in the industry. Specializing in production boards and real-time animatics. We have over 5,000 credits on features, series and commercials. We are storyboards.

Our goal is to make your TV series development and concept presentation so fantastic and original and your pitch so strong that the networks can’t imagine doing a show like yours without you. And we’ll get you there. Every one of our clients who follows our advice pitches to network executives. 100%!